Charles Quarles is President of The Bedford Group of Companies, which for the last 30 years, has been one of Los Angeles’  leading real estate development firms serving the needs of urban communities throughout Southern California.

With over three decades of hands-on, executive experience in the Real Estate Development Industry, Mr. Quarles has established a reputation for his rock-solid business acumen, as well as for his comprehensive expertise in developing successful urban infill communities.

Recognized in the Los Angeles Business Journal’s “Who’s Who in Finance and Industry” and “Who’s Who in the West,” Mr. Quarles has established a proven track record of developing quality housing projects that provide a sense of community, home, style, and value.

A native of Los Angeles, Mr. Quarles began his development career in the early 80’s after receiving his MBA from Harvard University in 1974.  Prior to attending Harvard, he earned his Bachelor’s Degree in Business Administration from California State University, Los Angeles, following a 3-year Tour of Duty as a Medic in a MASH Unit of the U.S. Army during the Vietnam War.

After earning his MBA, Mr. Quarles did a short stint as an Accountant with Price Waterhouse and Company, followed by a career in the banking industry, where he specialized in restructuring credits for Wells Fargo Bank.  After several years in banking, Mr. Quarles joined his father’s construction firm, EAC Construction, where he served as President for several years until 1980.

As a natural progression,  in the early 80’s,  Mr. Quarles formed The Bedford Group of Companies with the goal of creating a diversified entity with the capacity to vertically integrate the real estate development process.

This broader perspective has enabled him to bring together a talented group of real estate, finance and construction professionals whose synergies have propelled the firm to continue its efforts of increasing quality housing opportunities throughout such cities as:  Los Angeles, Oakland, Las Vegas, and New Jersey.

Recently, Mr. Quarles has developed a passion to help revitalize the displaced communities and middle-class housing stock in the country of Haiti.  It is his hope and desire to use his development experience and expertise to make an impact and a difference in this third world country.

In addition to his professional and business achievements, Mr. Quarles has also remained an active participant in his local community, resulting in him being honored for his business leadership by several community-based groups and professional organizations.  Some of which include:

Lastly, Charles Quarles has continued to be a major contributor and supporter of a number of community-based organizations and fundraising events.  Beneficiaries have included community groups, civic leaders, churches, and non-profit organizations; as well as local high schools, universities and executive real estate training programs.

Some of which include (in alphabetical order): 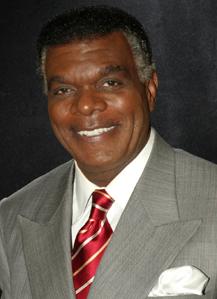